A speech in praise of music recorded by a West Norfolk Academies Trust student has received high praise from our school community and captured the imagination of many on social media.

Music fan Merry Enters was taking part in the Insight Discover programme, run by the Cambridge University to establish links with Year 8 and 9 pupils in local schools, when it set students the task of writing about what they considered to be civilisation’s greatest achievement, and then film themselves reading it out.

“I chose music as my topic as it’s something I feel so passionate about, and such a big part of my life,” said 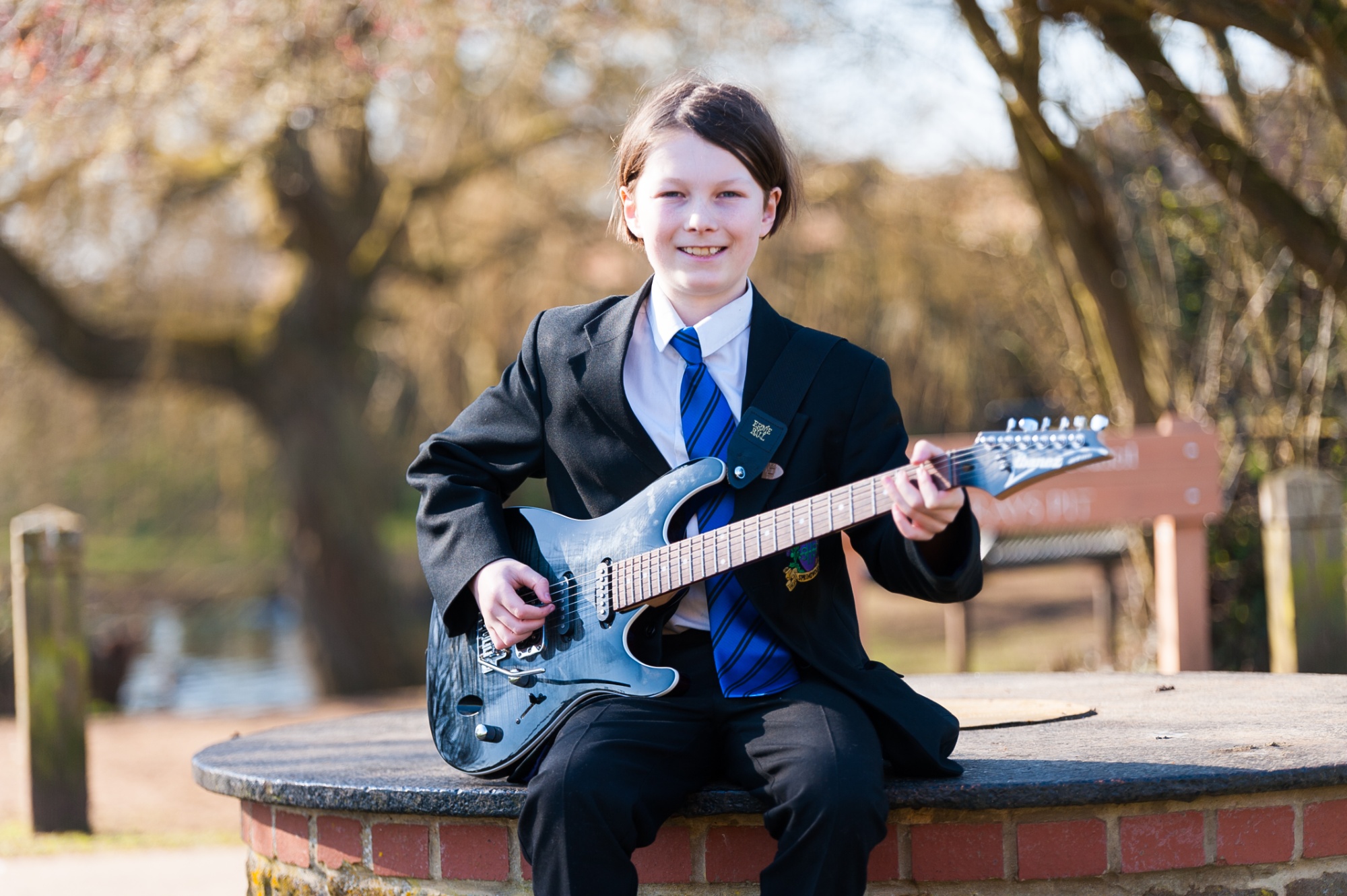 Merry, a Year 8 pupil at Springwood. “I’ve played the guitar for three or four years, and have dabbled in drums a bit as well. My dad also plays guitar and as a family, we go to festivals together.

“Music, both playing it and listening to it, has played a massive role during lockdown, and I try to make sure I have a different soundtrack to every day. I like all kinds of music from jazz to nu-metal, and it’s really given me somewhere to escape to, away from the madness around us at the moment. In the future, I’d love to work in the music industry in some way, maybe as a musician or in production.”

Music is something that plays a significant role in the curriculum at Springwood, which is part of the West Norfolk Academies Trust along with 10 other schools, and Merry said being cut off from the direct involvement of music lessons was one of the hardest things about not being in school.

“Music teaching at my school is wonderful, I really like the teacher and feel that I get a lot out of the lessons, so being at home and not being able to interact properly has been very frustrating,” he said. 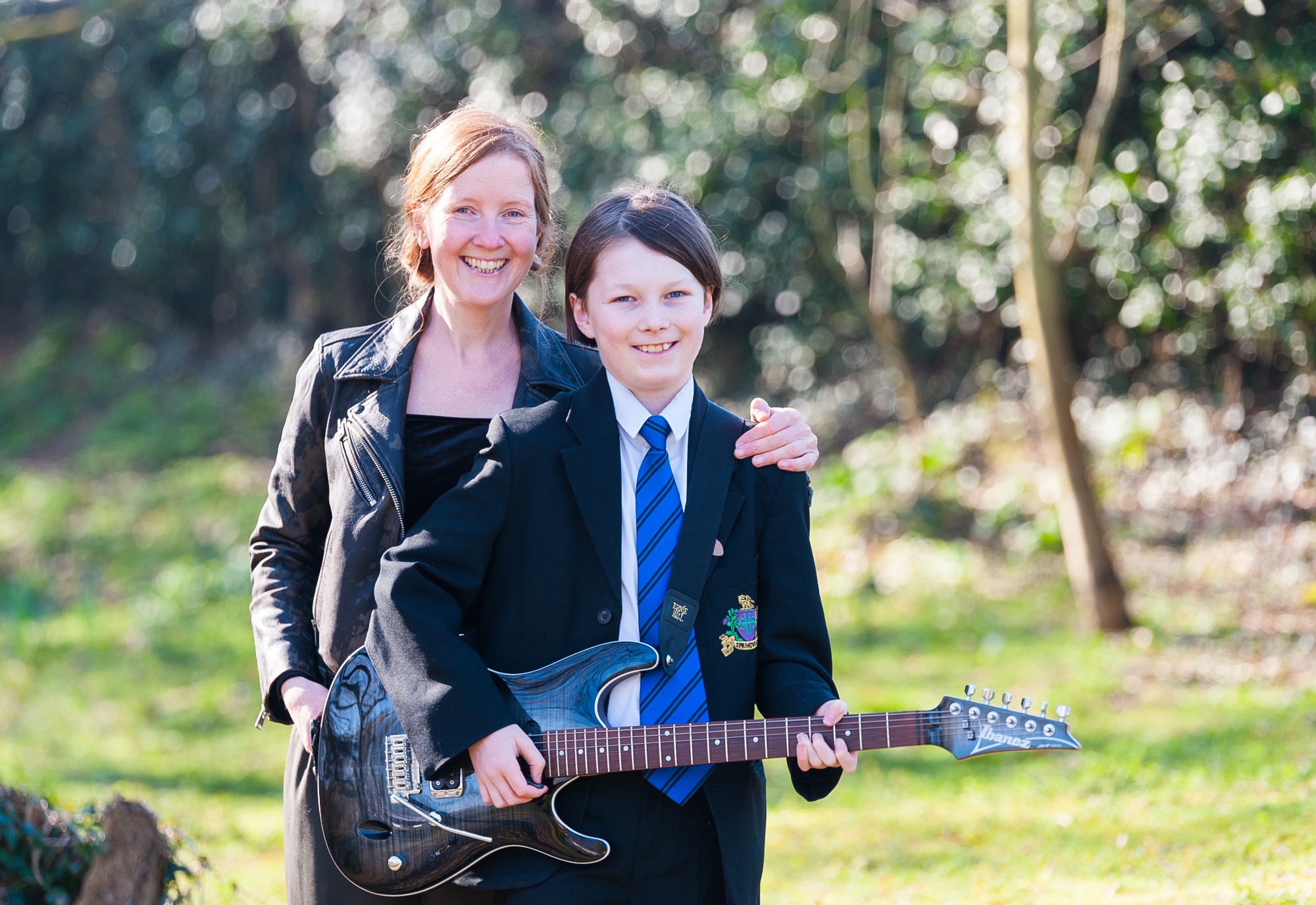 Merry’s mum Clare is Assistant Head and Y5/6 teacher at Snettisham Primary, another West Norfolk Academies Trust school. She said she was amazed by what her son had come out with.

“As a parent, I am so proud of Merry for producing this speech and delivering it with such confidence and commitment,” she said. "I feel like I learnt even more about him and had a glimpse of the young adult he may become.

"I was also really impressed because he had so many ideas at the start but then the hard yards he went through to get to the point of a finished speech was amazing.”

With the prospect of school going back, Merry will soon find himself in the classroom, and the music room, once again – and in his time away from school, he may have come up with another creative idea.

“Currently I am not involved in any bands or choirs in school, as, to the best of my knowledge, there is not a school rock band,” he said. “Once things get back to normal, though, I would love to start one up.”

Peter Strudwick, Springwood's director of music, said music and music teaching is hugely important at school. "We encourage as many students as possible to get involved in music," he said. "The difference that engaging with music can make to a student's overall academic performance is proved to be considerable and the social benefits in normal circumstances are immeasurable.

"The lockdown has highlighted how important communal involvement in music is - singing with a choir or performing remotely with a school ensemble keeps things going but is no substitute for live ensemble performances and the joy we get from school concerts. I think that next time we can perform in front of parents will be a pretty emotional experience. It will also help remind us that we should never take the feelings generated by live performance for granted.

"It will take a while to get things going again - Concert Band, for example, has not rehearsed for almost a year, but it has made everyone realise how important music is within the school community, and everyone will be working as hard as possible to rebuild and develop music within our school as will staff in schools the length and breadth of the country."